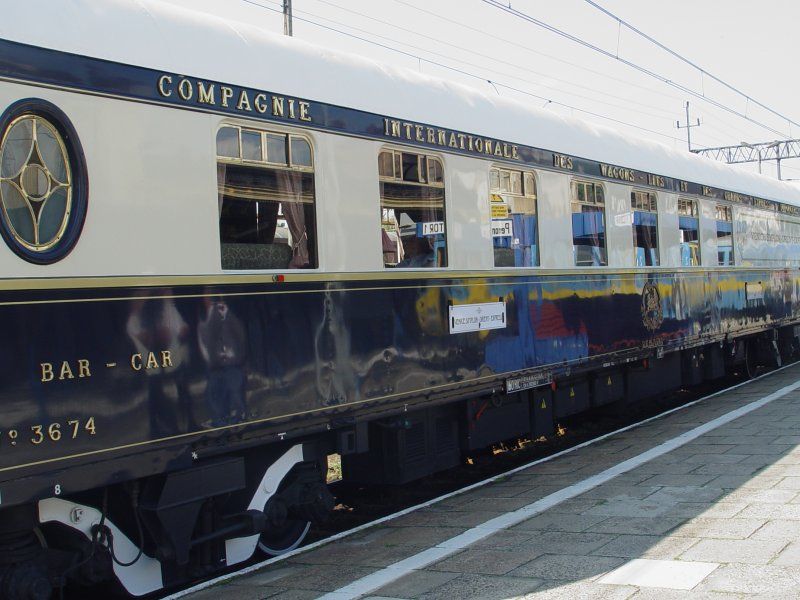 The name in itself Orient-Express has been re-used for other trains, to inspire the aura of luxury and travel in time that the name brings.

The Orient Express may as well be the most famous train in existence. First introduced in 1883 by the Compagnie Internationale des Wagons-Lits (CIWL), it operated from Paris to Istanbul (with stops at Strasbourg, Munich, Vienna, Budapest, and Bucarest). It’s derivative the Simplon Orient Express, where the scenes of Agatha Christie’s famous novel are set, travelled from Paris to Istanbul, using a southern route (Lausanne, Milan, Venice, Belgrade, and Sofia). The Arlberg-Orient-Express travelled a longer route as it started to operate later in the 1930s to the 1960s from London to Athens or Bucarest and passing through Calais, Paris, Zurich, Innsbruck, Vienna, Budapest, and Belgrade.

While other trains such as the Simplon Orient-Express, Arlberg-Orient-Express, Venice-Simplon-Orient-Express took on its legacy, the original route changed often throughout the years until the 10th of December 2009, when it stopped its service.

The name in itself Orient-Express has been re-used for other trains, to inspire the aura of luxury and travel in time that the name brings. As it is evoked, we are immediately transported through time and place through the 1920s-30s era of Agatha’s Christie “Murder on the Orient Express” with the iconic suit and tie and cocktail dress attires, mandatory in luxury sleeper trains of that standard.

Even though a train journey takes more time than what we are usually accustomed to by travelling by plane or ferry, it brings us closer to the scenery and enables us to fully take in the view at 70 km per hour while basking in an atmosphere unique to that type of transport.

It is seen in great work of literature and film and even in pop culture today. While most know Agatha’s Christie famous novel written in 1934, we can also see a short appearance of the train in Dracula (1897), and much later in a James Bond’s film “From Russia, with Love” (1957-1963) by Ian Fleming.

But many others have taken on the atmosphere of the Orient Express to express an eerie, dark, stuck in time atmosphere for their novel:

– Madness on the Orient Express, an anthology of horror stories brought together by James Lowder,

– Orient Express (1934): a film adaptation of Graham Greene’s Stamboul Train which is also set in the Orient Express’ eerie atmosphere.

Agatha Christie’s novel has had its own fair share of cinema adaptations in 1974, 2001, 2010 and 2017 by modernizing years after years this famous novel “au gout du jour”.

Even Disney managed to put their paws on it by having Cruella De Vil ride the Orient-Express in 102 Dalmatians (2000).

In today’s pop culture, the 1987 cartoon of Teenage Mutant Ninja Turtles (still airing today with some modernizations) has an entire episode set on the famous train. More recently, Doctor Who refers twice to the Orient Express in the series. Even in video games, the Orient-Express is represented in the role-playing game Call of Cthulhu RPG and point and click adventure game based on Murder on the Orient Express novel and multiple Train Simulator (Microsoft Train Simulator and the Railroad Tycoon series).

And last in this extensive list but not least: the Il était une fois l’Orient Express from the 30th of April to the 22nd of June 2014 in the Arab World Institute in Paris, France, recreates the entire atmosphere of the train to show again in all its splendour the luxury available on board to its passengers.

One thought on “A Train, A Legacy: The Orient Express”